I have been prescribing probiotics for over 17 years now. They are a vital asset in my practice. Clients are delighted when with the use of the correct mix of probiotics specifically for the client is used the client gets improvement/ resolution of symptoms
NOT ALL PROBIOTICS ARE THE SAME-get advice for the correct mix for YOU
There is increasing scientific evidence to support the inclusion of probiotics in nutrition as a means of improving health conditions.
The use of probiotic bacteria has become popular due to their beneficial effects on human health for instance recent evidence suggests that exposure to bacteria in early life may exhibit a protective role against allergy
The association of probiotics with well-being has a long history. More than a century has passed since Tissier observed that gut microbiota from healthy breast fed infants were dominated by rods with a bifid shape (bifidobacteria) which were absent from formula fed infants suffering from diarrhoea, establishing the concept that they played a role in maintaining health.

The science of efficacy of probiotics is constantly being updated. Have a look at the common reasons for use from the NHS choices website states.

There’s fairly good evidence that taking high doses of some probiotics (Lactobacillus rhamnosus or Saccharomyces boulardii) while taking antibiotics can help prevent children getting AAD.
Without probiotics, antibiotics can sometimes wipe out the protective gut bacteria, resulting in diarrhoea.
Probiotics given with antibiotics may also reduce the risk of developing a Clostridium difficile (C. difficile) infection. C. difficile are potentially dangerous bacteria that can cause diarrhoea and life-threatening complications. They can infect the gut if the balance of gut bacteria is disturbed by antibiotics.
Probiotics are thought to directly kill or inhibit the growth of harmful bacteria, stopping them producing toxic substances that can make you ill.

There’s some evidence that probiotics can shorten an episode of diarrhoea caused by a stomach bug by about a day.

Some babies born prematurely are at risk of a serious condition called necrotising enterocolitis (NEC). This is when tissues in the baby’s gut become inflamed and start to die.
There’s some good evidence that probiotics may reduce the likelihood of premature babies developing NEC, although there are still some uncertainties, and routine use of probiotics in premature babies isn’t currently recommended.

Probiotics may help to reduce bloating and flatulence in some people with IBS.
This is supported by a research published in 2010, although we don’t yet know the extent of the benefits, nor the most effective type of probiotic.
Probiotics won’t work for everyone with IBS, but if you want to try them, the National Institute for Health and Care Excellence (NICE) suggests taking them for at least four weeks, at a dose recommended by the manufacturer, to see if they help.
Read the NICE guidelines for managing IBS in adults.

Lactose intolerance is a common digestive problem in which the body is unable to digest lactose (a type of sugar found mainly in milk and dairy products).
Some studies have found that certain probiotics, such as Lactobacillus acidophilus, may help to reduce the symptoms of lactose intolerance, which include stomach cramps, flatulence and diarrhoea. Research into this is ongoing.
In the meantime, if you are lactose intolerant, you may wish to try probiotic preparations (not yoghurts) of Lactobacillus acidophilus to see if they help.

A quote from a happy client

Live Well Clinic only uses pharmaceutical grade probiotics
These contain probiotics, viable lactic acid bacteria and also prebiotics, nutrition for the healthy bacteria.
Production Technique
The tablets are produced according to a unique, patented “low-compression-technique” where less than 10% of the conventional compression force is used. The production method is patented world-wide. There are many advantages with this production technique:
The cultures remain viable during the production which is not the case when using conventional compression forces.
The cultures are protected from oxygen and humidity within the tablet, which improves the stability.
The bacteria in the tablet are also protected from the gastric and bile acids.
The tablet has a slow and regulated disintegration profile in the small intestine, spreading the bacteria over a large area, this increases the beneficial effects.
The bacterial strains available to pack in the tablet are numerous since cultures that are sensitive to gastric and bile acids can be used.
Research
Today research about the effect of probiotics on health is ongoing throughout
the world. Some of the beneficial effects of probiotic supplementation
that have been seen are listed below: 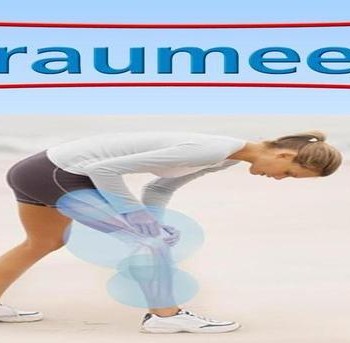