The body’s response to stress hasn’t changed from ancient times. Through this response, the body gets us ready for fight or flight allowing us to survive.
The physical changes this creates are;
• Increased heart rate
• Increased blood pressure
• Liver releases cholesterol
• Relaxation of the lung’s bronchi (air channels widen)
• Release of glucose into the blood
• Dilation of pupils (to let more light into the eye)
• Slowing of digestion to allow blood to flow to muscles and heart
• Liver releases cholesterol
As you can see from this list above that if stress is not dealt with in a healthy way you can lay down the foundations for long term ill health.
Our modern lives mostly do not allow us to fight (physically) the stress or to run away, and so we ‘internalise’ the stress.
After a day’s work/study where lots of niggles present themselves the tension and stress response has built up. Mentally weary the last thing we want to do is exercise!
Exercise, however, can be a health saviour is so many ways.
Exercise works the stress hormones out allowing your body to switch them off and to produce the ‘peacemaker’ hormones to calm your system down.
It doesn’t have to be a high-intensity exercise, 20 minutes of walking is enough to begin to physically de-stress the body.
The way we handle stress mentally is essential. Usually, after physical exercise, your mind is clearer. If that isn’t getting you as calm as you want to be the use aromatherapy oils such as lavender to calm the mind and help restful sleep.
Follow this link for information on lavender

Stress affects your immune system and here’s some of the research
The research of Janice Kiecolt-Glaser provided measurable proof that that stress can significantly slow down the immune response and particularly lengthen the time for healing
More research on Stress and colds by Cohen et al (1991) carried out an impressive study on 394 participants. They each had their stress index measured using a questionnaire that also took into account their ability to cope and their feelings about their stress. They were then given nasal drops that infected them with one of five different cold viruses. When tested by doctors there was a direct correlation between their stress index and the probability that they developed a cold.

Short-term or acute stress induced typically by working out a mathematical problem or public speaking produced a short-lived fight or flight type response that boosted the immune system.

Long-term or stress resulting from real-life events such as care of relatives, refugee status or injury leading to permanent disability, resulted in the greatest suppression of the immune system and all measures of immune response such as healing and inability to fight infection were affected.
In very recent research, published in March 2014 and Mostofsky and her colleagues found that people are most at risk of a heart attack in the two hours following an angry outburst. In fact, such an outburst increases the risk of CHD by five times and the risk of a stroke by three times.
Sleep and Stress
Stress, as you know from personal experience, is not conducive to a good night’s sleep. In the past few years it has become increasingly apparent that sleep is vital for maintaining a healthy immune system:

People who regularly awaken during their first cycle of sleep (the first 90 minutes of the night) tend to have decreased levels of those natural killer cells (NKCs).

Aho et al (2013) took a group of ‘otherwise healthy young men’ and restricted their sleep to four hours per night for five nights. When compared to a similar group who had been allowed to sleep normally they found a substantially reduced immune response and an alteration in the expression of genes known to be involved in the immune response.
An increase in allergic reactions and asthma was also reported.
You have to get stress under control. 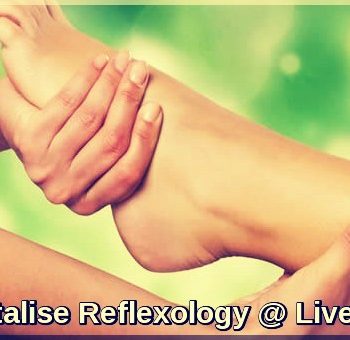